The Indian Premier League has over the years been a breeding ground for talented youngsters who have honed their skills by rubbing shoulders with the big international cricketers. Many of them have gone on to carve a niche for themselves in international cricket as well. Cricketnext takes a look at five Indian players, who hit the big league after their eye-catching performances in the IPL.
1) Yusuf Pathan

The senior Pathan brother had made his international debut in the 2007 ICC WT20 final, but had not hit the big league yet. He was picked up by the Rajasthan Royals in the auction ahead of the maiden season of the league as an all-rounder who had the ability to whack the ball a fair distance. Pathan repaid that faith shown in him by the team management by becoming one of the pillars of the team, which went on to beat more fancied rivals to become champions of the inaugural season. Pathan was immediately included in the Indian team and had a fairly successful stint for a while. He was part of the 2011 ICC World Cup winning squad as well. Pathan played a total of 57 ODIs and 21 T20Is before fading away from the international scene. He went on to become an important part of the new-look Kolkata Knight Riders team, with who he won two IPL titles. Currently playing in the league for the Sunrisers Hyderabad. 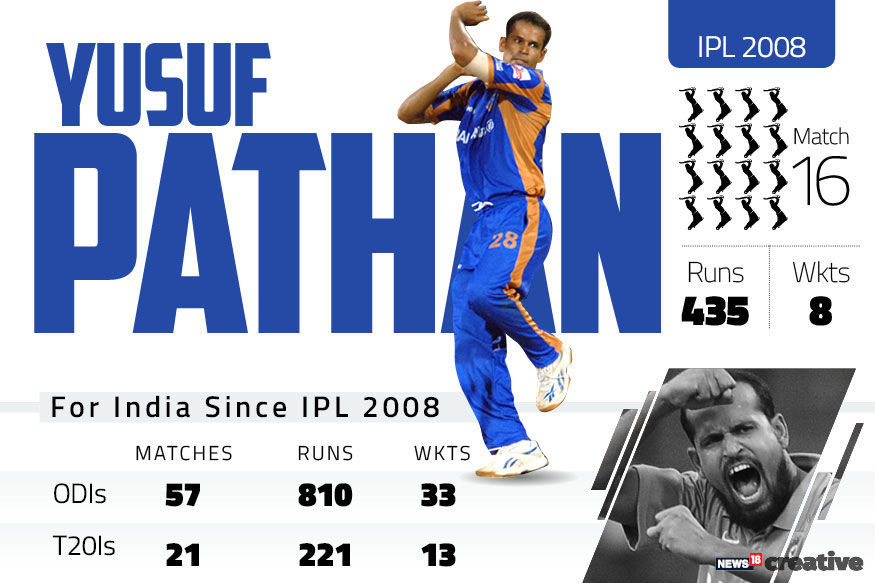 A talented left-arm spinner who could use the long handle, Ravindra Jadeja was part of India’s U-19 World Cup winning team of 2008 and was picked up by Rajasthan Royals in the IPL auction. While he played his part in the championship winning season of 2008, Jadeja was banned from the IPL for a season after trying to secure a move to Chennai Super Kings against the rules. Jadeja turned out for CSK in the 2011 season and had an immediate impact with both bat and ball. CSK went on to win back to back titles the same season and Jadeja became an important part of MS Dhoni’s plans even on the international scene. ODI, T20I and Test debuts followed respectively as Jadeja became an integral part of Team India. He has since gone on to become the top rated Test bowler in ICC rankings, but the rise of wrist spinners Yuzvendra Chahal and Kuldeep Yadav has seen him lose his position in the limited overs team after the 2017 ICC Champions Trophy. Ajinkya Rahane was for long one of India’s most talented young batsmen who had to wait in the wings as the fab four continued to rule the roost in Test cricket. He made his ODI and T20I debut for India in the year 2011 but was yet to cement his place in the team. The year 2012 saw Rahane open the innings in the IPL for Rajasthan Royals and play some scintillating knocks through the season. He displayed great technique and his strokeplay had a degree class in it, as the Mumbaikar went on to score three half-centuries and a century in the campaign and finished with 560 runs. This performance catapulted Rahane to stardom and he soon made his Test debut in 2013. Rahane has since gone from strength to strength in the longest format, becoming a mainstay in the middle order. While he is yet to cement a permanent spot in the limited overs team, he remains an integral part of the Indian team set-up ahead of the 2019 ICC World Cup. Yuzvendra Chahal’s stocks have sky-rocketed ever since he became a potent weapon in the IPL for the Royal Challengers Bangalore. Chahal has taken his skills to the next level and become a wicket-taking bowler not just for his franchise but for India as well. His breakthrough season came in 2015 as RCB, under the leadership and batting might of Virat Kohli, launched a bid for their maiden title in the 2015 season. Chahal was outstanding as he outfoxed top batsmen with his guile and ended the season with 23 wickets. RCB lost the second qualifier after finishing third in the points table. Chahal followed that season with another great campaign in 2016, finishing with 21 wickets as RCB this time lost in the final. An India cap followed in early 2017 and Chahal played a pivotal role as India defetaed England in the T20I series. Chahal’s great T20I form landed him an ODI debut and his form in limited overs cricket has been top notch. His wicket-taking ability has turned him into Team India’s premier bowler and his performance in England could be the key to India’s chances in the ICC World Cup. 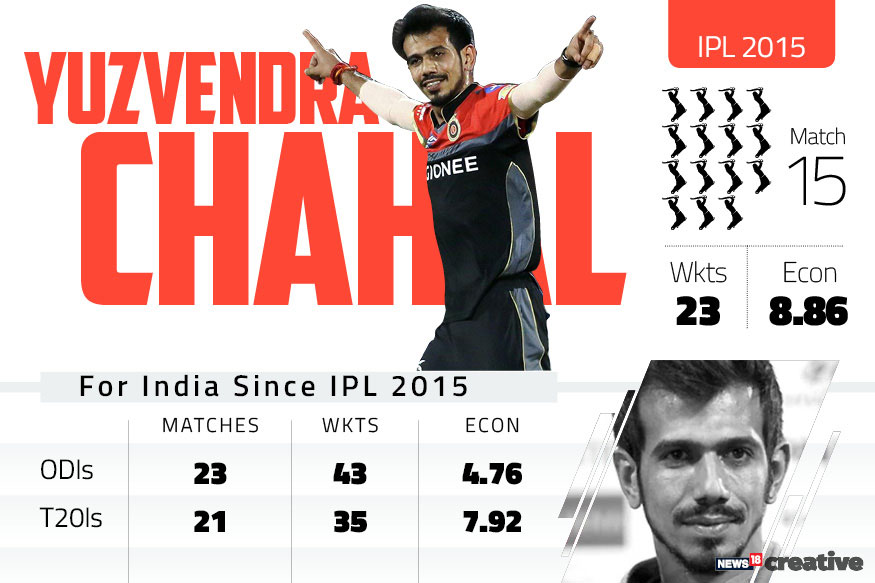 Hardik Pandya made his presence felt in the Mumbai Indians team in his debut season of 2015 as he belted some big sixes lower down the order to catch everyone’s attention. His numbers weren’t eye-catching but his performance and energy on the field was. Team India was looking for a pace bowling all-rounder and Hardik fit the bill as he was handed a high-profile T20I debut ahead of the 2016 WT20. He showed his maturity on the big stage as he bowled the crucial final over in the match against Bangladesh and took India home. He has since made his debut in ODIs and Test matches and made an instant impact in all three formats. 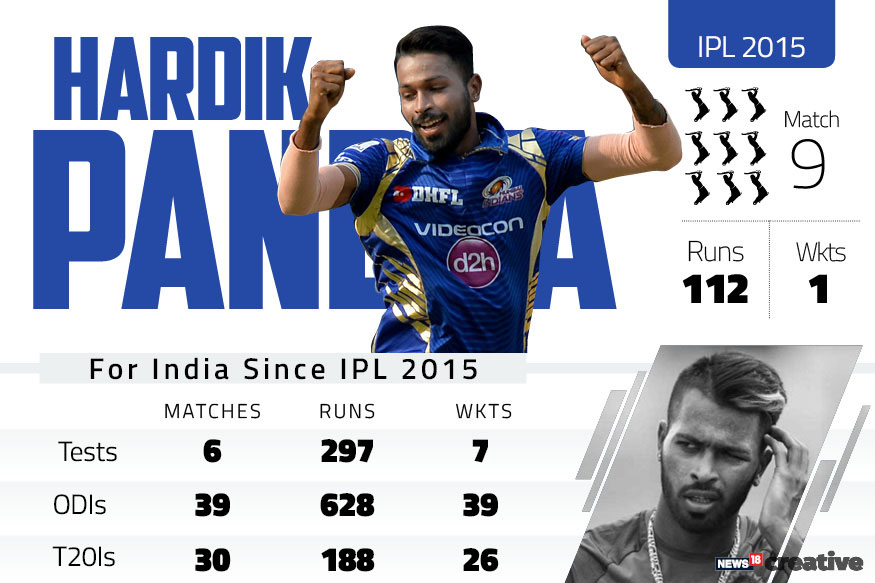